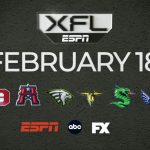 XFL 2023 has a lot of work to be done before their season kicks off in just over two months in February.

Even though, technically, the XFL is a revived league, it doesn’t exclude them from the typical hurdles that other upstart professional leagues encounter on their way to launch. The reborn XFL 3.0 has had its fair share of starts, stops, and hiccups on its path to 2023.

In recent times, The XFL has added over 400 players to their team rosters and most recently unveiled their uniforms and league rules. However, the revived league faces several pressing issues as training camp rapidly approaches next month in Arlington. Chief among them at the moment is XFL 2023’s tentative ongoing partnership with NFL Alumni Academy.

According to sources close to the situation. The XFL and Alumni Academy are working through resolving issues in their current partnership and agreement. The pause button is being pressed on the relationship until resolutions can be agreed upon.

The numbers game is a pro football player’s worst enemy. Especially for aspiring professional athletes. Less than two percent of all college football players make the NFL, and even the ones that do, have challenges sticking in the short and long term because time and space are working against them.

Every single September, nearly 700 players on NFL teams are cut and left outside 53-player rosters and practice squads. It’s a yearly occurrence. And on the flip side, players who have been on NFL teams get replaced yearly by hundreds of college athletes entering the league. It’s a never-ending cycle of job uncertainty for football players.

The formation of leagues like the XFL and entities like the NFL Alumni Academy is designed to combat the challenges players face in starting and continuing their pro careers. The XFL gives an avenue for players to start and continue their professional journeys. While at the same time, the NFL Alumni Academy helps create a clearer bridge and path for players to enter and re-enter leagues.

So a partnership between the XFL and the Alumni Academy on paper seems like the perfect marriage for all parties involved. A league looking for trained and pro-ready football players, an Academy looking to have success in elevating their graduates, and the players better their chances of finding jobs.

A win-win-win scenario, right? However, ironically, it’s the numbers game that could affect the XFL’s working relationship with NFL Alumni Academy moving forward. And here’s why.

Numbers Not Adding Up For AA and The XFL

The arrangement between the XFL and AA is simple on the surface. The two parties combine their scouting intel and data to select and then train players that they feel are NFL-worthy.

The next phase of the agreement was that Graduates of the Academy, who didn’t end up in the NFL, were promised an automatic opt-in roster spot on XFL teams in training camp.

Notwithstanding the fact that there are no guarantees, a player on the 66-man training camp roster will make the final 50 for the regular season. Nonetheless, it would still be a fair opportunity for the Academy’s players.

The plan is that the Academy conducts four player training sessions before; the XFL’s league-wide training camp begins in January. Each Academy session trains roughly 50 players. So AA hopes are that, at the maximum, 200 of their graduates land on XFL teams, comprised of 528 players in camp. 66 each on all eight XFL teams. Before that XFL player list gets whittled down to 400 for the regular season.

In theory, the setup stands to benefit AA graduates and the Academy. Because as part of the agreement. The players gain an entry-level spot to play pro football. And if any AA-trained player makes an active XFL roster during the season. The Academy gets thirty percent of the player’s weekly league salary to cover the complete cost of tuition. AA receives a portion of the weekly graduate’s salary until the $13,000 tuition is covered. Something that the players do not owe unless they secure a job. If a player gets into the NFL, the expected fee for the Academy is 21k for a practice squad position and 34k for an active spot.

The success of transitioning graduates into a pro football league would help expand the Academy in the future. Open the door for more agents and players to choose them as the premiere training ground for pro football athletes just outside the NFL.

But here is where the XFL and AA partnership have encountered issues that both sides are trying to resolve.

As presently constituted, league-wide, after November’s draft. The XFL and all eight of their teams have 457 players combined, and the number could go down by January. After all, some of the league’s drafted players have already found homes on NFL teams, an option players have until 12/26, based on the terms in their signed letter of intent agreements. (After 12/26, drafted players must commit to the XFL for 2023.)

So for the moment, that leaves presently only 71 roster spots open for the XFL’s January supplemental draft. Individual teams can have no more than 66 players. For example, the Arlington Renegades have ten openings with 56 players on their current roster. While others, like the Orlando Guardians, have only six.

Herein lies the rub, the XFL drafted 54 AA graduates in November. A good number but far from the expectations of the Academy. And with only 71 roster spots available, with XFL teams expected to draft players with expiring contracts from other leagues in January. (NFL/USFL etc.). It makes it impossible for nearly 200 AA graduates to find a training camp spot in the XFL.

Even if the league did add 71 Academy players in their next draft and ignored other outside football talents, it would still fall short of expectations under the agreement between the Academy and the XFL.

Unnamed graduates from the NFL Alumni Academy who recently completed training have reached out to me to express their disappointment in not being drafted by the XFL. They were told that completing AA would guarantee them a shot. The Academy has been informing some players that camp spots will be available to them in January through the draft. But the numbers game will simply not be able to accommodate all of the grads.

Quite frankly, this is an issue that the XFL’s football operations team should have seen forthcoming. The demand is high to get into the league. So much so that sources have indicated that over 300 USFL players have reached out through intermediaries about joining the XFL in the new year. That’s not counting the over 100 players on NFL practice squads and on the fringe of them who have had contact with the league the last several months.

On top of that, the XFL worked out over 1,500 players in eight different player showcases across the country. All of this extensive player scouting for an eight-team league that will field 400 players in the regular season.

The numbers don’t add up. There just simply isn’t enough room for all those players in an eight-team league. Even the hopeful players currently with other leagues won’t find job openings.

That’s where the main issue between the Academy and the XFL lies. For the XFL and AA to continue on, there may have to be some sort of financial compromise to make up for the number of graduates who won’t get an opportunity to latch onto an XFL roster before the season starts.

Although the partnership between AA and the XFL is an exclusive one. The XFL will need to open the door for graduates to pursue other opportunities beyond their league and the NFL. After all, if the XFL doesn’t have room for these players, other leagues surely will.

The plan was for AA grads to be at the ready during the XFL season in Arlington as the first line of call-ups and workout players. In the likely event that teams incur injuries. . Perhaps that can be expanded upon somewhat. During the XFL 2023 season, the Academy graduate pool is supposed to take the place of individual teams or centralized league practice squads. Maybe the XFL can increase their rosters from 50 to 52 or even 55 during the season, with AA grads serving as the only add-on additions.

So outside of expanded rosters, what’s the financial solution? In layman’s terms, perhaps the XFL can cut AA a check to help cover tuition costs lost by the Academy. If AA was wishfully hoping that 150-200 graduates made the league’s active rosters. At $13,000 per player to cover tuition costs. The Academy would receive 1.9 to 2.6 million in that best-case scenario.

Based on the current roster availability and the number of AA players currently on XFL rosters. Even with an upcoming supplemental draft. It’s more than likely that the number of grads ending up on training camp rosters ends up being in the 75-80 range tops.

Even if, hypothetically, Seventy-five Academy players made an active roster and played a full XFL season, it would net the Academy just $950,000. A far cry from what was expected by AA. Perhaps, the XFL can split the difference by paying to cover the Academy’s lost potential money.

So one could easily surmise or understand the Academy’s point of view on the growing frustration in their partnership with the XFL because a commitment is not being honored to its fullest. Ultimately, it’s always the players who end up getting the short shrift in the numbers game.

On a positive note in what is a negative development. There will be hundreds of players getting an opportunity to play pro football from January until May. Because of the existence of the XFL. Players will get a chance to play professionally and get game film during telecasts on ABC, ESPN, and FX.

It’s still a winning situation for some Academy grads like Hawaii standout and current San Antonio Brahma Calvin Turner. However, from a PR standpoint, it can be a hit for the XFL for not only failing to live up to a promise but miscalculating the demand of players who want to play in their league.

In an effort to ensure a ready-made in-house pool of players to their league in a competitive landscape for talent. The XFL went into overprotective mode to guarantee a pipeline.

Ultimately, the XFL has to find a way where everyone wins in the end. Players, coaches, scouts, and everyone else who don’t want to feel like they have been left stranded on the sidelines.