When the Los Angeles Rams drafted Tutu Atwell in the second round last year, they did so believing he would be a speedy receiver who could take the top off a defense. Up to this point, he hasn’t had many opportunities to show off his wheels, but there’s absolutely no denying how fast he is.

What’s even more amazing is that Atwell has just two touches all season. So each time he’s had the ball in his hands, he’s eclipsed 21 mph. He hit 21.46 mph on his 54-yard catch, which is fourth-fastest in the NFL, and his 21.09 mph carry on Sunday ranks 13th. As J.B. Long notes, Atwell has the three fastest speeds by a Rams player this season.

NextGen: After today’s 9-yard jet sweep broke 21 MPH again, Tutu Atwell now has the top 3 GPS speeds of the season for the Rams.

Which is surprising, because like you, I also saw Michael Hoecht’s 22-yard kick return.

The Rams are slowing integrating the second-year receiver into the offense, but his opportunities are still very limited. If he can improve as a route runner and receiver, his speed could become a real weapon for Los Angeles. 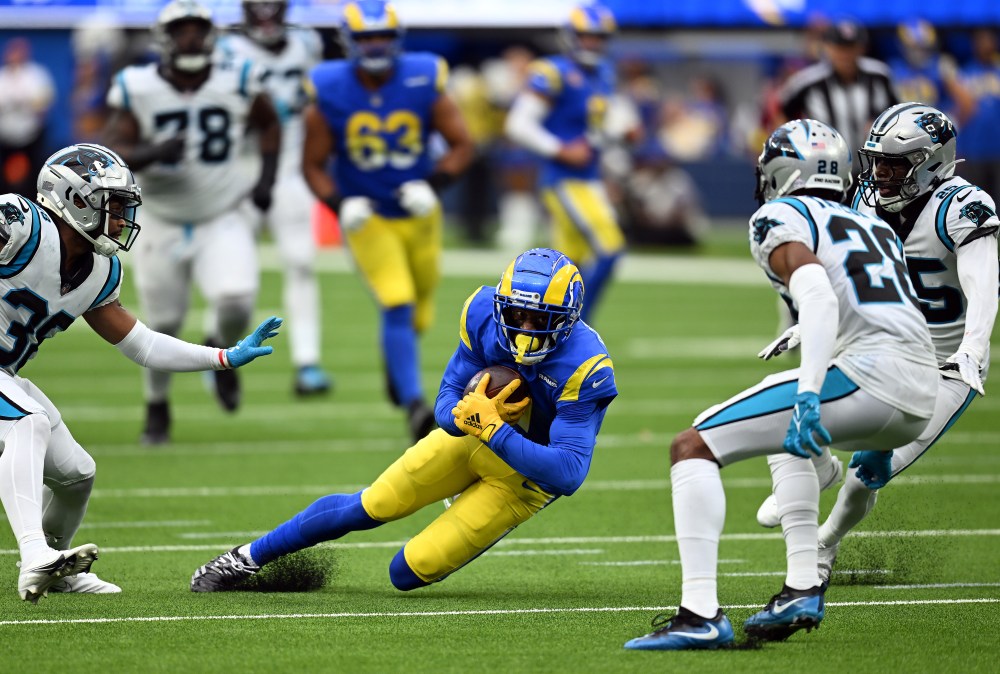