Tom Brady: ‘I’m Out There to Prove’ I’m Still Capable of Leading Bucs to Championship

Tom Brady is 45 years old, a seven-time Super Bowl champion and widely regarded as the best quarterback in NFL history.

But, in his eyes, he still has something to prove.

“Yeah, I have a lot to prove,” he said on the Let’s Go! podcast with Jim Gray (h/t Joey Knight of the Tampa Bay Times). “I’ve got a lot to prove this year. I’m out there to prove that I’m still capable of leading a team to a championship.”

Despite what he said, Brady really doesn’t have anything to prove.

In addition to having more Lombardi Trophies than any single franchise, the legend is a five-time Super Bowl MVP, three-time league MVP and 15-time Pro Bowler who already proved he can lead Tampa Bay to a title during the 2020 campaign.

He may be 45 years old, but he showed no signs of slowing down last season while he completed 67.5 percent of his passes for a league-best 5,316 yards, 43 touchdowns and 12 interceptions.

Yet it has been something of a turbulent offseason, as he took time away from the Buccaneers during training camp and then saw multiple offensive linemen, including center Ryan Jensen, suffer injuries that could leave the team shorthanded throughout the campaign.

Even with the adversity, Buccaneers fans could be forgiven for assuming everything will be fine as long as Brady is under center.

The all-time great has essentially done nothing but win throughout his career and still has Mike Evans, Chris Godwin, Leonard Fournette, Cameron Brate, Julio Jones, Russell Gage and others surrounding him on the offense.

And he is apparently still motivated to prove himself even in his 22nd season. 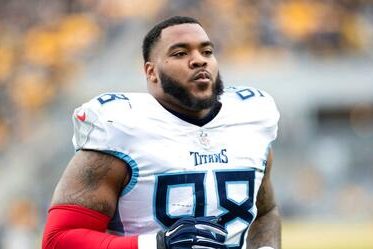