The future appears to be bright for the Pittsburgh Steelers, even if Kenny Pickett isn’t the starting quarterback for Week 1 of the regular season. The same holds true for the Atlanta Falcons, based on how Desmond Ridder performed in his first NFL action.

This year’s rookie quarterback class isn’t as highly regarded as in recent years, but Pickett and Ridder demonstrated there’s some talent in the group. Sam Howell and Malik Willis also showcased potential, though neither will likely start Week 1 for their respective teams, either.

Of the quarterbacks who were drafted in 2022, which one turned in the most impressive debut? Who needs to significantly improve their game as the preseason rolls on?

Let’s rank the top Week 1 preseason performances from the nine who were drafted (for a full rundown of how all the rookie quarterbacks fared, view our Week 1 recap here).

The other rookie quarterback at Steelers camp, Oladokun didn’t play in the preseason opener. He’s not getting a lot of reps in practice, and that carried over to the game. Oladokun is fighting for a spot on the Steelers roster.

A disappointing debut for Corral, as he finished 1 of 9 for 11 yards for Carolina, entering the game in the fourth quarter behind Baker Mayfield, Sam Darnold, and P.J. Walker. Corral did lead the Panthers on the scoring drive that resulted in Zane Gonzalez’s 45-yard field goal in the final minute that gave Carolina a 23-21 victory, but he didn’t complete a pass on the drive, was sacked twice (the first negated by an illegal contact penalty and the second negated by a face-mask penalty), and fumbled.

Matt corral fighting for his life in a preseason game pic.twitter.com/UKBmPckuZx

Corral is expected to be the No. 3 quarterback behind Mayfield and Darnold as those two battle for the starting job. The remainder of Corral’s preseason can’t be any worse than his debut.

Purdy finished 3 of 6 for 36 yards and a touchdown (106.6 rating) in his lone series for the 49ers, coming in for mop-up duty late in the fourth-quarter. With Jimmy Garoppolo on the trading block, Purdy has an opportunity to make the roster as the No. 3 quarterback — which was what he was listed as in Week 1 of the preseason.

Brock Purdy takes the lead back and the bench was loving it. @49ers

Zappe isn’t going to start in New England, but he’s making quite a play for the No. 2 quarterback job. He entered the game midway through the second quarter (in relief of Brian Hoyer) and threw for 205 yards with a touchdown and an interception (75.6 rating), completing 19 of 32 passes. The Patriots scored two touchdowns on his eight possessions.

His 20-yard touchdown pass to Lil’Jordan Humphrey gave New England a 21-20 lead in the fourth quarter against the New York Giants — it was the highlight of Zappe’s debut. No matter who’s calling the plays, Zappe appears to have the makings of someone who will stick around in the league.

BAILEY ZAPPE CAPS A 69 YARD DRIVE WITH A TOUCHDOWN! pic.twitter.com/KvGYYmkPsL

“You just get more and more comfortable (as the game went on),” Zappe said. “The more times I come to the sideline, talk to my coaches, talk to my teammates about what they saw, what they’re seeing, and just going back on a drive and just having that next-play mentality, and that’s kind of what my coaches, my teammates, we all try to communicate to everybody is having that next-play mentality and moving on from what happened prior and moving on to the next one and trying to do our best, do our job.”

Howell isn’t expected to play much in 2022, as the fifth-round pick is behind Carson Wentz and Taylor Heinicke on the depth chart. Perhaps Howell can seize the backup role after a solid debut.

He finished 9 of 16 for 145 yards (86.7 rating) while also rushing for two touchdowns (three carries for 19 yards) after entering the game in the second half. Howell juked a few defenders on his 17-yard touchdown run early in the fourth quarter and also scored on a 1-yard run to put Washington up a point with 2:26 to play (the Commanders ended up losing to the Carolina Panthers 23-21).

Think a lotttt of teams are going to regret letting Sam Howell fall to the 5th round. pic.twitter.com/Zo1lu3F8dh

The Commanders can afford to be patient with Howell, as he’s lined up to be a future starter down the line if Wentz struggles in 2022.

Thompson played the full game for the Dolphins after Mike McDaniel played Tua Tagovailoa and Teddy Bridgewater in the joint practices against the Tampa Bay Buccaneers. Thompson finished 20 of 28 for 218 yards and a touchdown in the 26-24 victory, hitting Lynn Bowden on a 22-yard pass in the second quarter for the score.

“This guy looks the part of an NFL quarterback”

Thompson is the No. 3 quarterback for Miami, adding valuable depth in the quarterback room based on his debut this weekend.

“He is a rookie, and to his credit, we rely on him as a veteran,” McDaniel said. “I know he feels like, and we’ll all feel like, he left some plays out there. But the biggest thing is we didn’t have any turnovers as an offense….There is a lot to get better from, but he’s a stud. We are happy to have him.”

Willis may be on the fast track to start if Ryan Tannehill struggles at any point this season, but the third-round pick has a lot to learn if he wants to start for a division contender. He went 6 of 11 for 107 yards (88.1 rating) with a rushing touchdown in his two and a half quarters of action, starting the game as Tannehill rested.

Also having five carries for 38 yards, Willis showcased his dual-threat ability at quarterback — but ran a bit too much for Mike Vrabel’s liking. Vrabel pulled Willis midway through a drive in the third quarter because he wanted him to throw the ball.

“I missed some things and kind of made up for it with my legs,” Willis said. “I can’t continue to rely on that though, but that’s what preseason is for. Just playing against a live defense and one that we hadn’t played against before was a great experience. But you just have to look at the film and take it for what it’s worth and continue to work as we’re only in the middle of camp.”

Ridder isn’t going to start Week 1 for the Falcons, as head coach Arthur Smith announced on the first day of training camp that Marcus Mariota will be the starting quarterback. Perhaps Smith may want to reconsider that decision.

Entering the game in the second quarter, Ridder finished 10 of 22 for 103 yards with two touchdowns and no interceptions (89.8 rating) while also leading the Falcons with six carries for 59 yards. He threw a 21-yard touchdown pass to Jared Bernhardt on fourth-and-9 with 1:30 remaining to give the Falcons a 27-23 victory over the Detroit Lions.

“I was proud of Desmond, he came in there and showed these guys how to handle adversity,” Smith said. “It wasn’t perfect, a lot to learn from, but he kept swinging and had some plays, caught a break there on one with the penalty, and then he had a couple drops. But that’s what I like about him. I like his mindset, and he just found a way to make a play at the end.”

What a first impression Pickett made in his Steelers debut, throwing the game-winning touchdown pass to Tyler Vaughns with three seconds left to give Pittsburgh a 32-25 victory over the Seattle Seahawks. Pickett and the Steelers were playing for the field goal in a tie game, but his pass to Vaughns set up the receiver to catch and out pattern and finish the play off.

Pickett finished 13 of 15 for 95 yards with two touchdowns and zero interceptions (132.6 rating) for the Steelers, playing the entire second half behind Mitchell Trubisky and Mason Rudolph. Trubisky is the favorite to start Week 1, but Pickett is playing his way into the conversation.

On the winning drive, Pickett went 2 of 2 for 26 yards and had two carries for 12 yards. Quite impressive for his first game.

“He moved his group. He played situational football. He displayed a competitive spirit,” said Steelers head coach Mike Tomlin. “A lot of good things to build on from a first performance standpoint.” 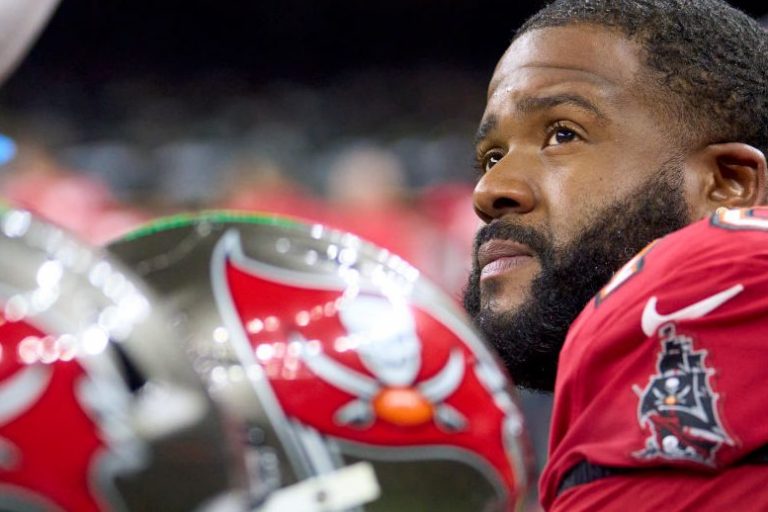 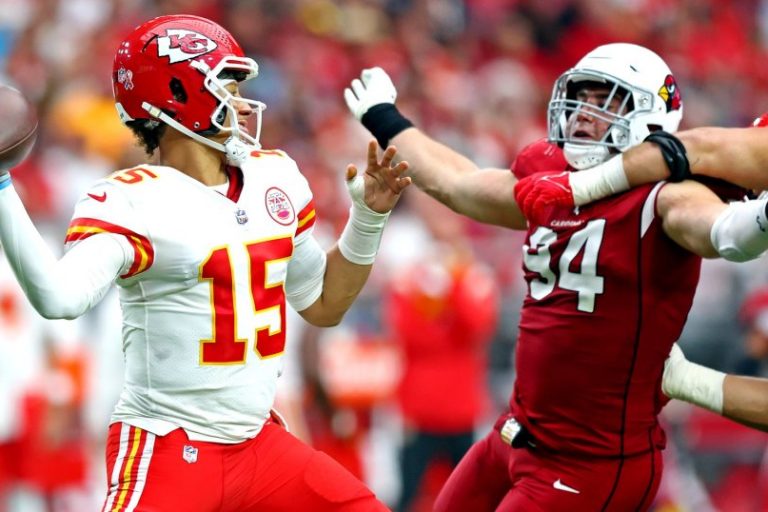