NFL power rankings: Where do Kansas City Chiefs stand ahead of Week 1?

Expectations remain quite high for the Kansas City Chiefs heading into the 2022 NFL season, despite the roster undergoing some significant changes this offseason. While key players like Tyreek Hill and Tyrann Mathieu are no longer on the team, many are placing their faith in Patrick Mahomes and Andy Reid to lead the way to a successful season.

We’ll be keeping track of some weekly power rankings from the top NFL media outlets throughout the 2022 NFL season. Of the ten we’re looking at today, the average ranking for the Chiefs rounds up to No. 4. They’re the highest ranking team throughout the AFC West, despite their division rivals making some key additions during the offseason to gain ground on Kansas City.

Here is a look at where pundits are ranking the Chiefs and what they’re saying about them with Week 1’s game against the Cardinals just around the corner:

“Tyreek Hill is no longer in Kansas City. Neither are defensive starters Tyrann Mathieu, Charvarius Ward, Jarran Reed, and Anthony Hitchens. But the straw that stirs the drink, Patrick Mahomes, isn’t going anywhere, and that’s why the Chiefs rank so highly to start the season. In a down year by his standards, Mahomes threw for 4,839 yards and 37 touchdowns and ranked second in the league in expected points added (EPA) per dropback in 2021. The Chiefs go as he goes, and he remains the biggest cheat code of any player in the NFL.” 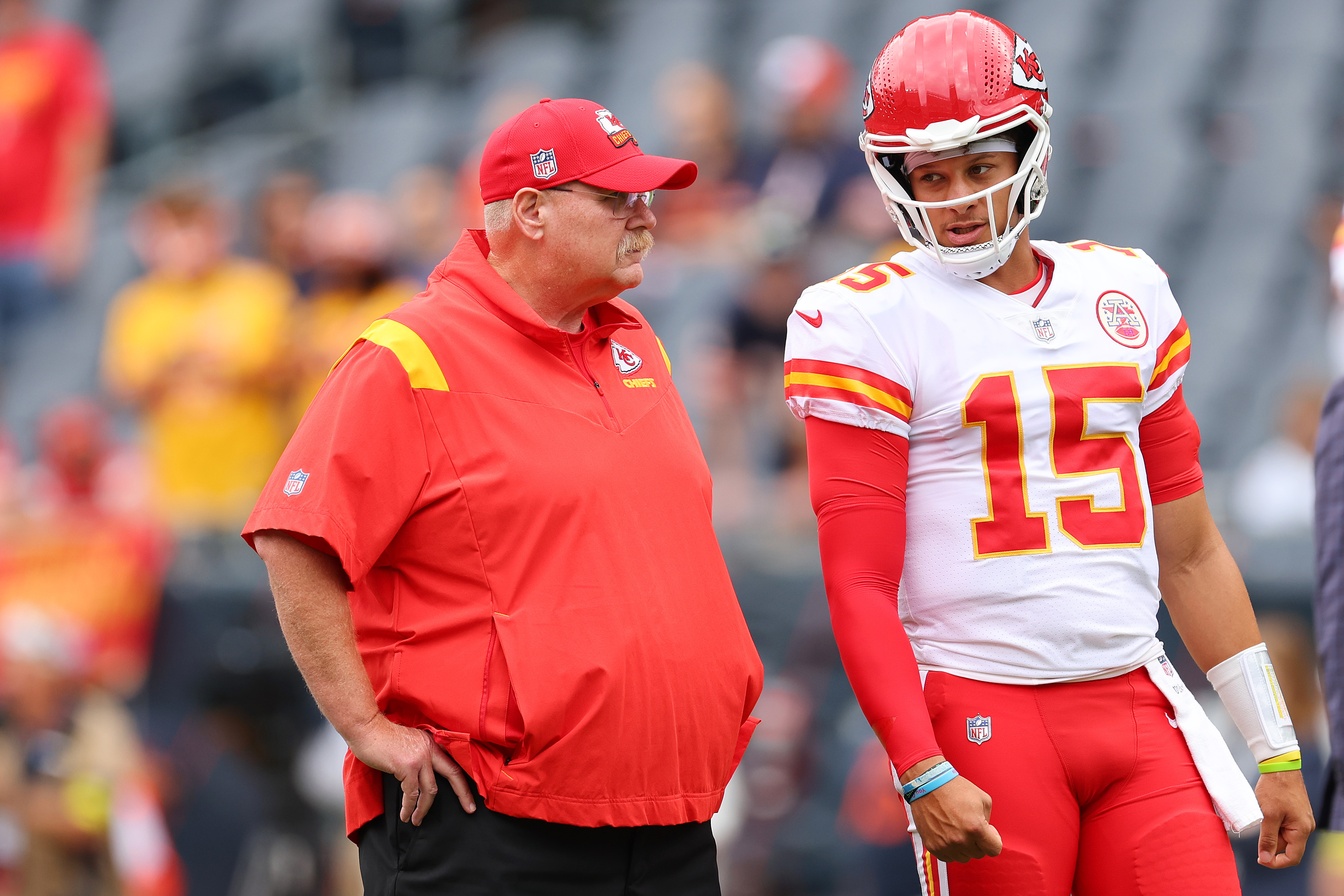 The bad news: Kansas City has the hardest schedule in the league. So even if it looks like the best team in the AFC, any playoff run figures to include having to win on the road.

Nugget to remember: In addition to their difficult schedule, the Chiefs also might be facing some injury regression after finishing 2021 as the healthiest team in the league by Football Outsiders’ adjusted games lost. We’ll find out this year just how powerful Patrick Mahomes is.”

“Is a monster Patrick Mahomes season incoming? The prevailing narrative all offseason centered around the trade of receiver Tyreek Hill and how that would limit Kansas City’s offense going forward. Which, you know, makes sense: Hill is one of the greatest playmakers we’ve ever seen. But you could argue that Kansas City’s offense was due to move in a new direction — many Chiefs fans agreed after the second half of the AFC Championship Game. Do I think Mahomes wishes he still had Hill on his team? Sure. But do I also think Mahomes and Andy Reid revel in the opportunity to reinvent the attack and unleash a fresh assault on the enemy this season? Hell yes, I do.” 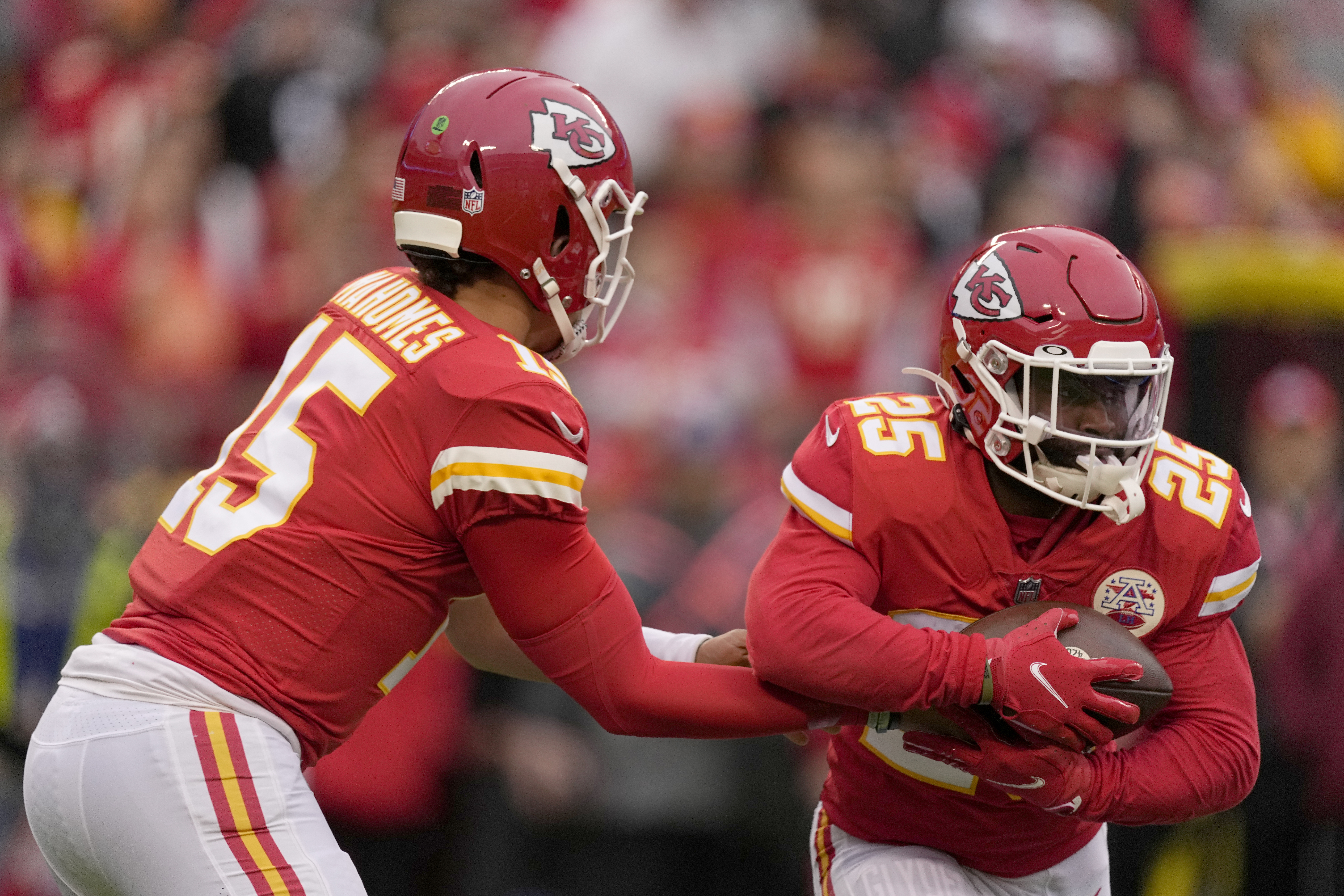 “This is the weirdest sentence in this entire article, given that the Kansas City Chiefs have won the AFC West each of the last six years and hosted the last four AFC Championship games.

But in some respects, the Chiefs are being slept on this year.

While the rest of the AFC West added players left and right, the Chiefs lost one of their biggest offensive weapons in Tyreek Hill. However, the Chiefs took steps to replace Hill with the likes of veteran JuJu Smith-Schuster and rookie Skyy Moore, and head coach Andy Reid told reporters that he’s confident the Chiefs will be just fine offensively in 2022.

“ Brett Veach brought in some people here, young and veteran guys, and so we’re excited about that and where the playbook kind of takes you within those guys,” Reid said.

“And then we’ve also incorporated some running back in the offense to go in with a layer, and so that’s exciting too. But we’re excited about what we can do offensively and, you know, it’s a matter of doing it. That’s what people are going to be looking for.”

Reid is probably right—any team led by Patrick Mahomes is probably going to put up plenty of points. But the Kansas City defense lost some pieces as well, and given all the offensive firepower in the AFC West, that may be the determining factor that decides if the Chiefs remain on top.

But to be the best, you have to beat the best.

And for a long time in that division, the Chiefs have been the best.”

“A key player to watch early is rookie receiver Skyy Moore. It didn’t seem through the preseason like he’ll be a big part of the offense early on, but his versatility could be a nice asset through the season. Perhaps coach Andy Reid has an early-season plan for the rookie too.” 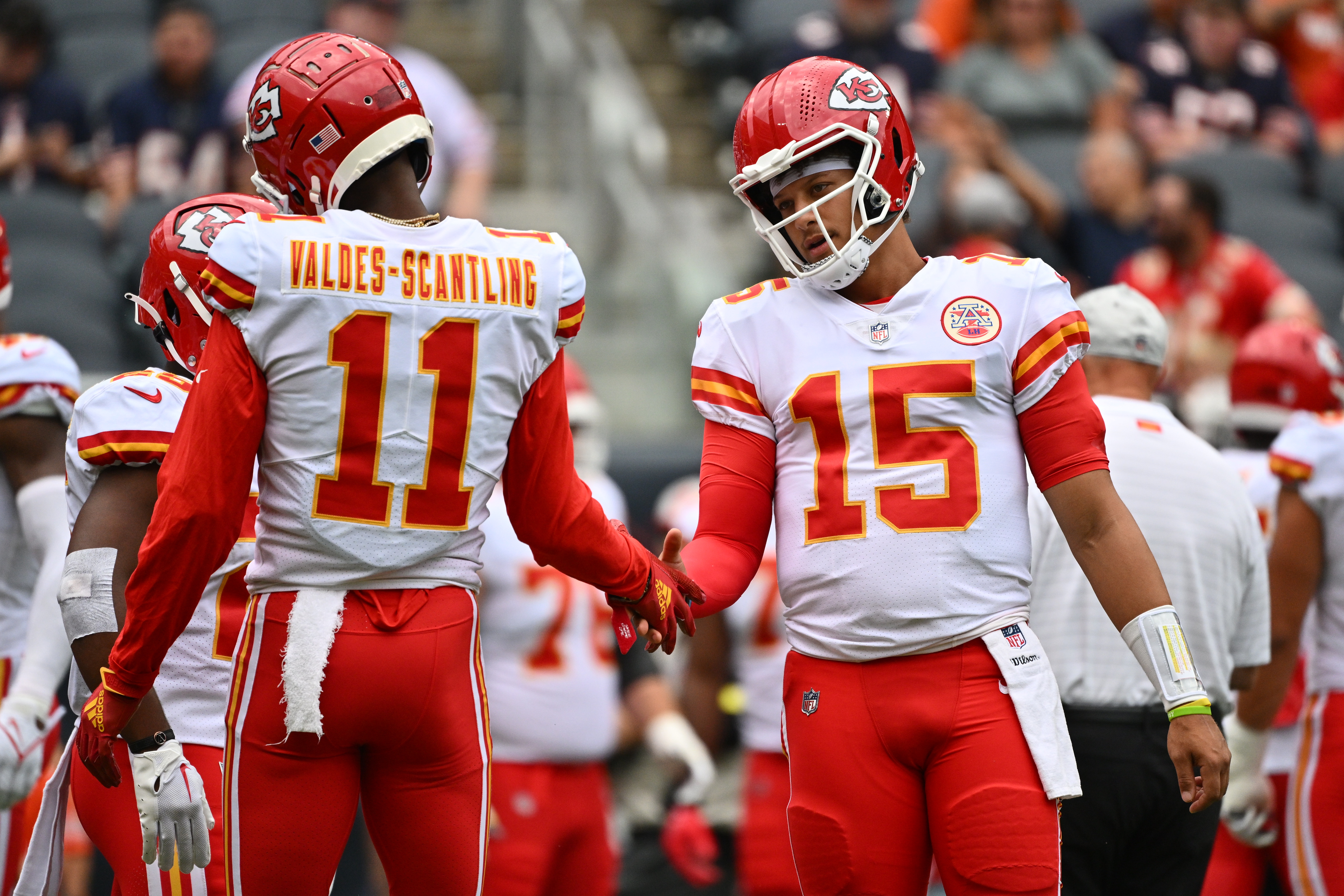 “With the rest of the NFL’s contenders in an arms race, the Chiefs chose to trade away one of the most potent weapons in the NFL in Tyreek Hill. They look to replace him not with any one player but in the aggregate with the Marquez Valdes-Scantling, Juju Smith-Schuster and Skyy Moore additions, and while that may be the best thing for the long-term cap health of the roster, it’s tough to argue that the Chiefs won’t take a small step backward initially. Nonetheless, as long as Patrick Mahomes is the quarterback, the Chiefs will be amongst the real contenders.”

“Smith-Schuster brings an added element to the Chiefs’ pass game as an inside/outside target for quarterback Patrick Mahomes. He’s a physical receiver who is willing to work the dirty areas of the field, and he’s more explosive than you think after the catch. In coach Andy Reid’s system, Smith-Schuster has the traits to produce immediately as a volume target.” 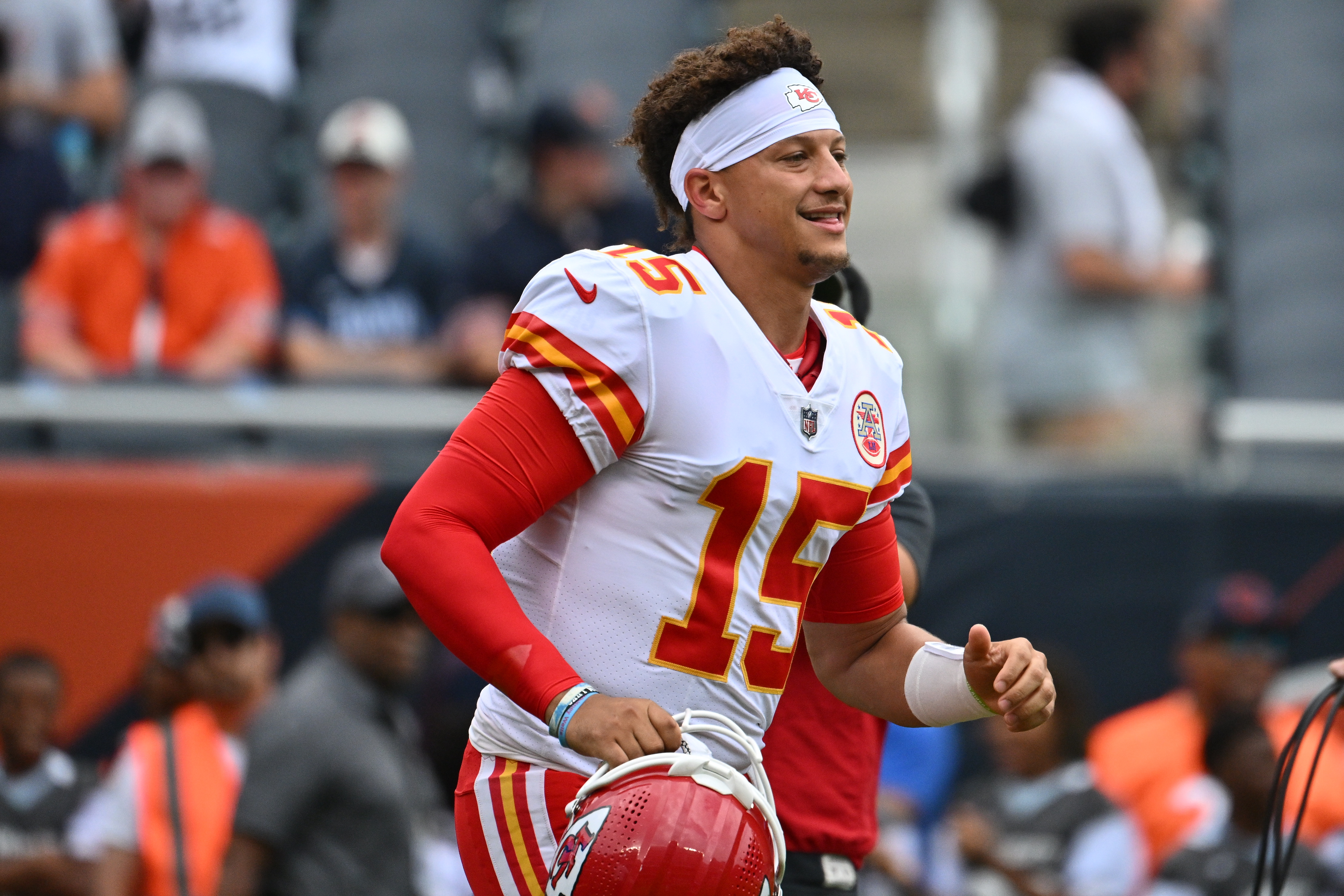 Patrick Mahomes is 50–13 in his career as a starter. The Chiefs may somehow be a bit under the radar, given all the national love for the Bills, but they are always dangerous.” 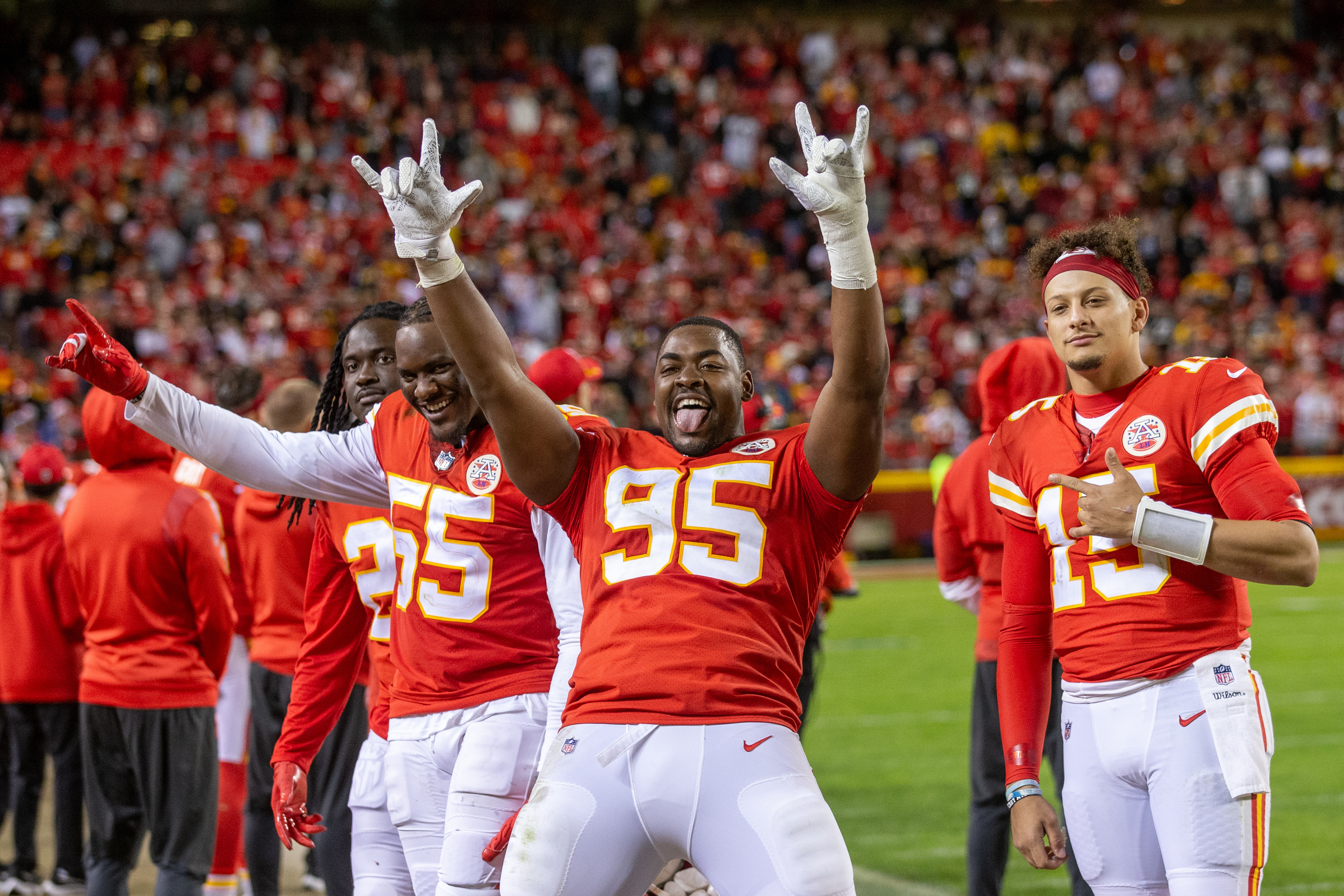 “They have to get creative to replace Tyreek Hill on offense, but Andy Reid and Patrick Mahomes will make it work just fine. The question is whether the pass rush is good enough.”

“How are they not more widely regarded to be ready to get right back to where they’ve been for four straight years?” 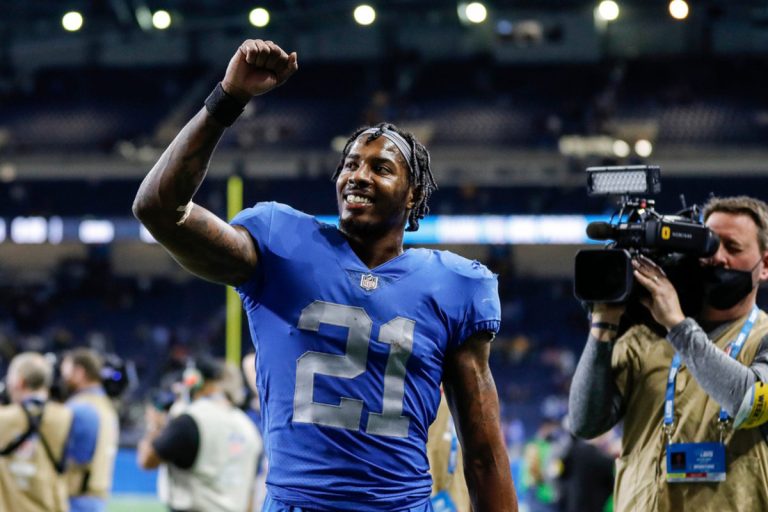 Unpopular Opinion: The NFL got the Willie Gay suspension right

In The Trenches With Ian Beckles: Bucs Kickoff 2022 Season With A Win