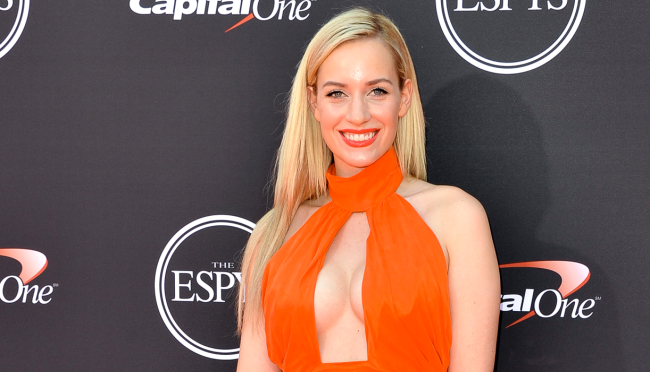 Are you ready for some football? Golf personality Paige Spiranac shared a new video that’s already received over 85,000 views on Thursday. In the video, Paige shows how she’s getting ready and suiting up in preparation for Thursday night’s start of the NFL season.

Last week, the social media influencer shared some golf lessons with tips to improve your game and take care of your track, but this week it’s all about the pigskin.

“Football season is starting and these guys have prepared. They are ready. They are suited up to win!” Spiranac begins her latest video.

“And I need to suit up to create some great football content this season for you guys,” she continued.

The video then cuts to Spiranac putting on her “war paint” and suiting up in her “jersey.”

The next step in her preparation involves her “working on her skills” and doing some “research” on a laptop.

After all that is complete she says she’s finally ready for some football.

Getting myself ready for football season

Paige Spiranac is a longtime Pittsburgh Steelers fan, but she’s flexible with who she roots for

“NFL season starts tonight!” she captioned the photo. “Defending champs the Rams take on the Bills. Who do you think will win the Super Bowl this year?”

Paige also added in the caption, “And don’t let this Rams top trick you, I’m a Steelers fan.”

“Both my parents are from Pittsburgh so I’ve been a Steelers fan since the day I was born,” she wrote. “I also love the Bills. It’s a complicated relationship.”

Not that she isn’t willing to change her allegiance if there is money to be made as she blasphemously took the Steelers’ arch-rivals, the Cincinnati Bengals in last year’s Super Bowl.

Want more from BroBible? Follow us on Google News.

The post Golf Personality Paige Spiranac Suits Up For The Start Of The NFL Season In Popular New Video appeared first on BroBible.