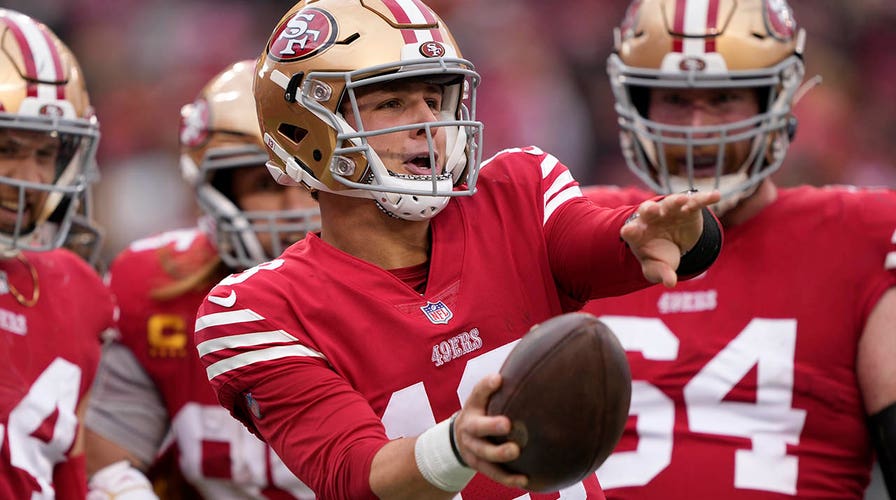 It was a Purdy good day for “Mr. Irrelevant” and the San Francisco 49ers.

Brock Purdy made his first career start on Sunday against Tom Brady and the Tampa Bay Buccaneers, and the last pick of the 2022 NFL Draft guided the team to a 35-7 victory.

Purdy’s big first half boosted the 49ers’ scoring. He had three touchdowns, two passing and one rushing, as San Francisco got off to a 28-0 lead. San Francisco didn’t really need much from there as they opened the second half with a 38-yard rushing touchdown from Christian McCaffrey.

The defense then turned up a notch. Brady would get a touchdown pass to Russell Gage in the third quarter, but there was no real hope for a comeback. Brady threw two interceptions in the second half and Rachaad White fumbled the ball in the fourth quarter to really put the finishing touches on the game.

Brady finished 34 of 55 with 253 passing yards, a touchdown pass and two picks. Chris Godwin had five catches for 54 yards and Mike Evans had four catches for 44 yards.

Tom Brady of the Tampa Bay Buccaneers has words with an official during the first half at Levi’s Stadium on Dec. 11, 2022, in Santa Clara, California.
(Cooper Neill/Getty Images)

But the story was about Purdy.

The former Iowa State standout became the first quarterback to beat Brady in their first career start. He finished 16 of 21 with 185 passing yards. He had a touchdown pass to McCaffrey and Brandon Aiyuk and ran one in himself.

San Francisco lost Deebo Samuel in the second quarter. He was carted off the field with what the 49ers called an ankle injury.

The defense kept Brady at bay for the entire game but failed to pick up a sack. Dre Greenlaw led San Francisco with 15 total tackles and an interception. Tashaun Gipson Sr. also had a pick.

San Francisco improved to 9-4 on the year and Tampa Bay fell to 6-7.